Byron is a privately owned and operated Research and Development facility headquartered in Brisbane, Australia with clients in many parts of the world. The Byron team is dedicated to innovative research and development of food processes and technologies. These products & processes, many patented, are then licensed by companies worldwide for use in the manufacture and marketing of food and food related products under their own brands.

Byron has a thirty-year record of success in innovative R&D programmes and in on-licensing its numerous technologies and patents. Whilst Byron itself does not manufacture food products, Byron’s founders have extensive experience in agriculture, food processing and marketing, having founded and operated the MasterFoods Company in post-war Australia for over twenty years.

The Business Development team works closely with Clients offering a range of support functions, in a strategic partnership ensuring sustainable commercialisation of its technologies. Business Development and Byron Technical work together in spearheading innovative solutions for the food industry.

Byron researches and develops innovative solutions for a broad range of food processing and manufacturing industries. These Technologies are then licensed to Clients for Manufacture and Marketing.

Byron maintains a wide range of patented food technologies ready for licensing as well as creating solutions for special R&D projects for our Clients. Forming a Strategic Partnership with our Clients allows Byron continually to assist Clients in commercialisation of its products and technologies. This unique relationship enables companies to bring new products to the market smoothly and speedily. Many Client companies consider and use Byron as an outsource R&D Facility for developing focused and specialised innovations. For the Client, this not only lowers the risk and costs of R&D, and increases the creativity around the problem solving, but allows the Client to concentrate on its core business whether that be manufacturing or marketing.

Working closely with Clients from the first stage of preliminary discussions right through to commercialization of the technology concepts, Byron assists not only with the licensing process, IP maintenance, and technology transfer but also helps Clients in all aspects to successfully bring to market Byron’s Technologies. Byron’s R&D and Business support continues throughout the life of the License.

With an impressive portfolio of successful scale-up and full manufacturing success stories of Byron food technologies around the world, Byron continues actively to place its new and existing processes and products into production with Licensees. Byron leverages the technology for strategic benefit and profitable commercialisation for Clients.

The three key drivers of Byron’s success are:

Most companies have something of a history and Byron Food Science is one such company!

Byron is a family-owned company whose heritage in the food industry can be traced back to the early 1850’s when my great great grandfather settled in Queenscliff in Victoria. The family’s early interest was in the fishing industry, the establishment of one of the earliest ice-making plants in Australia and in providing fresh fish to the gold fields!

In the early 1900’s , My Grandfather Henry Lewis and Company commenced importing and marketing specialty packaged and processed foods (such as paprika, rosemary and bay leaves). These products were shipped from the four corners of the world to add spice and variety to what was then a basic range of foods grown and processed and available in Australia.

As Australia grew with European immigration in the late 1940’s the company started to expand its range of specialty foods to incorporate some of the favourites we see today such as mustards, caviar, smoked salmon and herring under the company name of Henry Lewis & Sons.

From importing of international food brands developed the beginnings of an Australia-based industry designed to manufacture a range of “specialty” foods – to supplement or replace products previously imported. By this time Henry’s three sons John, Victor and my father David were operating the business under the banner of the MasterFoods brand.

The Lewis brothers built and grew the company and MasterFoods is now a household name in Australia and well known in many parts of the world. By the mid 1960’s MasterFoods had over 300 products, had developed the first herbs and spices in glass jars and developed the distinctly Australian Promite Spread product.

In the late 1960’s the Mars family group of companies bought MasterFoods and it has continued to grow globally.

Enter Byron. The new direction in 1973 was targeted solely to research and develop new food product and food processes. The brief for Byron was and remains today, to provide innovative technologies and processes for novel foods and convenient food products which are then licenced to food manufacturing and marketing companies around the world.

Byron continues to innovate, invent, research and develop ways to provide nutritious, good-tasting and economically sound foods and to work closely with primary producers to provide the best possible ingredients for its products and processes.

It is my great pleasure to welcome you to the world of Byron. 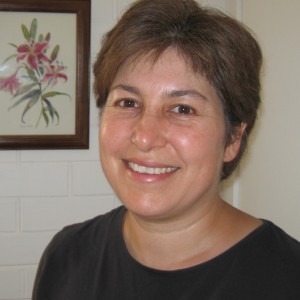 Deborah joined Byron Australia in 1995 as Manager of Research and Development and in 1999 became a Director of the company with responsibilities of Research and Development and technology commercialisation. During her time with Byron, Deborah has been responsible for the innovation and patenting of key technologies and has taken many Byron processes to full commercialisation globally with clients. Deborah received her BS (Honours) in Food Science from the University of New South Wales in 1983 and then joined Unilever’s Streets Ice Cream in Sydney as an R&D Food Technologist. She then went on to earn her Masters of Science in Food Science in 1986 from the University of California, Davis (UCD) and then a PhD in Microbiology at UCD in 1991. Deborah’s academic focus was in food biochemistry, yeast physiology and genetics. After studies Deborah worked as a postdoctoral research scientist in the Department of Cell Biology at Harvard Medical School (Boston) in the area of diabetes and cancer research. As the third generation Lewis family member in the food industry, Deborah sees a bright and creative future for Byron and our clients.

David co-founded Byron in 1973 with his brother Victor Lewis. He has been responsible for a number of ground breaking research projects, which are now in commercialised under licence agreements in many parts of the world. His experience in the research on farm crops for processing and subsequent conversion to value-added foods using Byron technologies has been at the core of our ethos. David co-founded the Masterfoods company in the early 1950’s and his expertise and a wealth of knowledge in sourcing specific raw materials and manufacturing end-products for the Australian and overseas markets is central to Byron technologies. David studied Agricultural Science at the University of Sydney (BSc. Agr. (Honours)) and completed a Masters of Science in Vegetable Science at the University of California. With an emphasis on post-harvest physiological changes in plants he then went on to a PhD in Plant Physiology at University of California Davis. 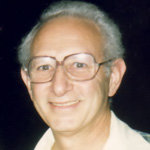 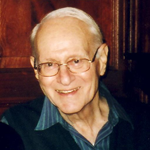 Dr Victor Lewis co-founded Byron Australia in 1973 has authored many patents on these subjects and many of these innovations have been fully commercialized globally. As a co-founder and director of the Masterfoods company, Victor contributed to Byron a wide experience in food innovation, processing and packaging of a large range of food products.